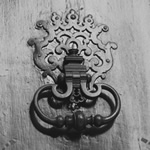 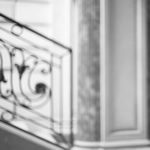 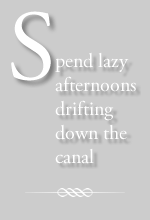 There’s something magical about connecting with a place - its history, its culture, its way of life. Unlike most property developments, the properties at Château de La Redorte provide that sense of connection - thanks to the fact that the château and estate in which they have been built have been at the beating heart of the village of La Redorte for hundreds of years.

The Château, a stone’s throw from the beautiful Canal du Midi, is one of the grandest examples of the 19th century chateaux built during Languedoc’s first ‘wine rush’. Occupied for five generations by the Artois family, this stately monument still presides over two hectares of its own vineyards - soon to be brought back to life by master wine-maker Frantz Vènes. Residents will be able to get involved in the wine-making here, and enjoy regular tastings to be held on the estate.

Brought back to its original splendour

Left to decay for decades during the 20th century, the château has recently been renovated by Propriétés & Co’s team of local artisans and builders - who have breathed new life into its elegant Belle Epoque columns, soaring windows, soft slate rooves and intricate moldings. Overgrown gardens have been cut back and replanted with elegantly-laid-out lavender, oleander and roses - punctuated by towering Cyprus pines. A 25 metre pool, framed by soft stone paving, forms the centre-piece of the development’s gardens - overlooked by newly-constructed homes built in the style of traditional out-buildings.

Within the château itself, formal rooms have been transformed in to a restaurant, wine bar and luxury spa, while a number of wine, cuisine and cultural events and courses are planned both within the château and its grounds.

“This is what we loved the most, an authentic, historical setting, renovated with style, provided with contemporary comfort and service.”

The South of France as it was always meant to be

The Languedoc-Roussillon is still one of France's best-kept secrets - blissfully untouched by the over-development of Spain or the garish 'bling' and high prices of the Côte d'Azur. This is still a region of working wine villages, with endless sandy beaches, bustling fishing ports and some of Europe's most picturesque countryside - dotted with medieval castles.

The Château de La Redorte is located at the centre of one of the area's most charming villages, which itself sits on the gorgeous Canal du Midi. Superb wine domains of the Corbières (to the south) and the Minervois (to the north) offer endless wine-tasting opportunities. And the cobbled streets of Carcassonne, Narbonne, Perpignan and Montpellier are all under an hour away.

“They have restored and kept some outstanding features of the chateau such as an amazing marble staircase.”